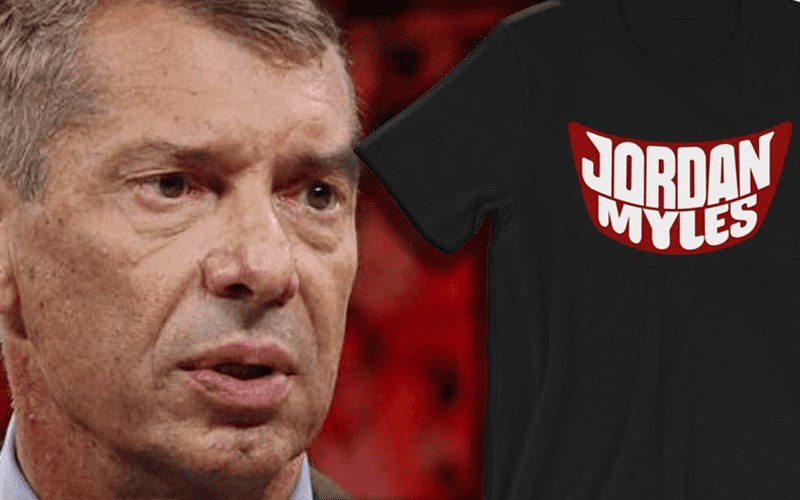 Jordan Myles’ first WWE t-shirt didn’t come off in the best light at all. The design resembled blackface makeup and that’s not a good look at all.

WWE took the shirt down, but they didn’t really explain the reason why this design saw the light of day. Myles responded by starting an online movement to enlighten the company and others about the culture.

It’s unclear if WWE will publicly apologize or even address this controversy as Brad Shepard reports. The mistake was reportedly “genuine,” but Jordan Myles didn’t get his career with the company off in the greatest way either.

An anonymous source in #WWE had this to say about Jordan Myles’ tweets on what he perceived as racially insensitive merchandise created for him: “Was it a genuine mistake, yes. Will they apologize, maybe. Will he ever succeed in the company after today? No.” #WWENXT

We will keep an eye on this situation as it develops. The former ACH has a ton of promise and was a stand out where ever he went on the indies. This is a shame all around and it’s not a pleasure to report at all. Hopefully, everyone can come to an arrangement where education and understanding is a shared idea.