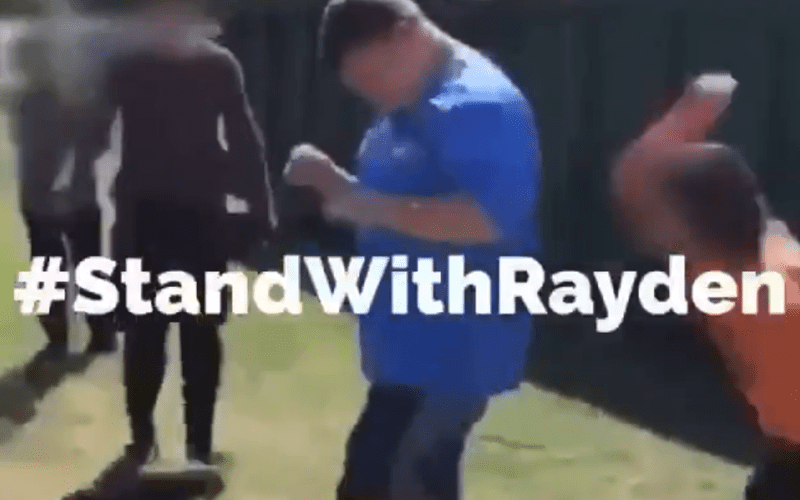 A video went viral recently depicting a boy with special needs being bullied. Kids surrounded this boy as they punched him and teased him multiple times.

The caption to this video was rather heartbreaking as the violence would cut to words to give a better understanding about what people were watching.

Rayden is 12 and he has special needs.

Rayden has autism, he was born deaf in his right ear, he has a hearing aid, and is diabetic.

He has been relentlessly bullied since he was 9 years old.

Rayden was found writing “I want to kill myself” on his forearm in sharpie.

Rayden and his family are starting to be surrounded with love, support, and advocates who will help.

This video really touched a lot of people. Aleister Black commented that he wants to do something about this situation. The former NXT Champion tweeted out:

I think myself and a few others would like to come to this school and sit down with these kids and talk to them and perhaps talk to all the kids in this school on why is this happening and how to change this. @TitusONeilWWE

Titus O’Neil saw this video and he already has plans in place. He is famous for community outreach, charity, and just being an incredible person. The former leader of Titus Worldwide tweeted out a response to Black that brightened a lot of people’s day to read.

WE ARE GOING THERE!! I’ll give you details Monday

This is a sad story, but it could have a very happy ending. It looks like Rayden is going to get a visit from some WWE Superstars. Hopefully, they can also educate some people so this kind of issue doesn’t happen again.