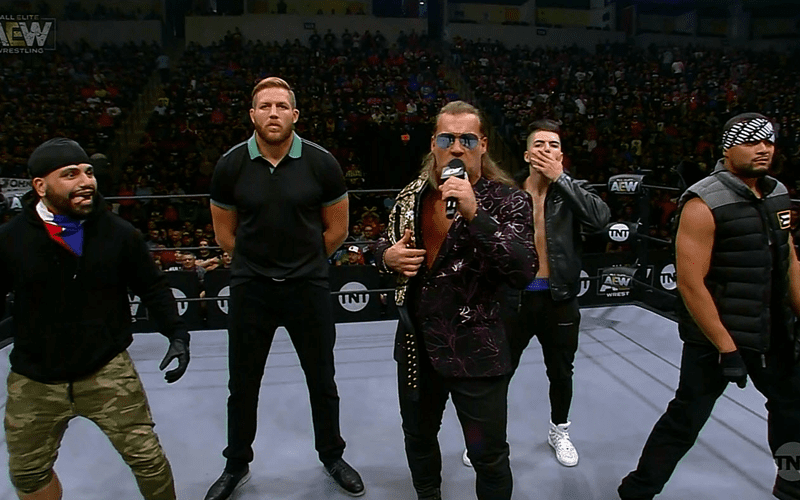 The Inner Circle have certainly made an impact in the first few weeks of All Elite Wrestling’s weekly Dynamite show, emphasising that they are the dominant force within the company – with their intention being to keep that momentum rolling for as long as possible.

One man that really did help them to prove that point is Jake Hager, formerly known as Jack Swagger. He was introduced as the group’s enforcer not so long ago, giving them that slice of legitimacy that many have been waiting for.

Hager is set to transition back over to his other career this weekend as he goes head to head with Anthony Garrett (4-2) at Bellator 231.

With his career record currently standing at 2-0 he has certainly made a bright start to life in Bellator MMA, but the question is just how far can he go before he comes up against some really stiff competition?

As you can see by Santana’s post above, the remainder of The Inner Circle will be present at the event in order to cheer on their teammate. Whether or not they are actually shown on the broadcast, however, is a different matter altogether, and depends on what kind of deal Bellator and AEW have been able to strike.

Whatever the case may be we’re just happy to see him back inside the cage again, because while he’s not fighting at the highest of levels right now, Hager is certainly a guy that possesses an awful lot of potential and has done for a while.