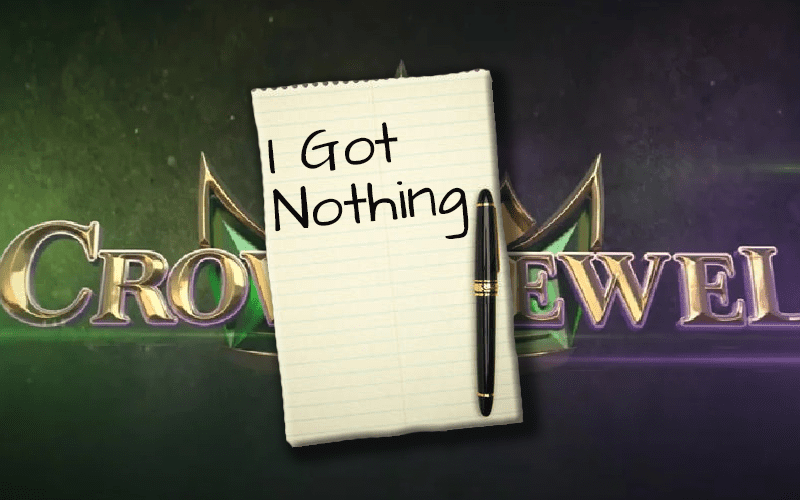 WWE has a big card booked for Crown Jewel on October 31st, but they apparently haven’t even started writing the actual event.

Brad Shepard reports that despite WWE continuing to piece the show together on paper, they still haven’t actually written anything for the big Saudi Arabian showcase.

According to a source in #WWE, most of the writing for #WWECrownJewel hasn’t even started yet. The show is in a week and a half.

Crown Jewel is going down on October 31st, so they might need to get on figuring out what they are going to do. It’s hard to imagine that they don’t have finishes for at least a couple of matches, but the entire event needs pieced together.