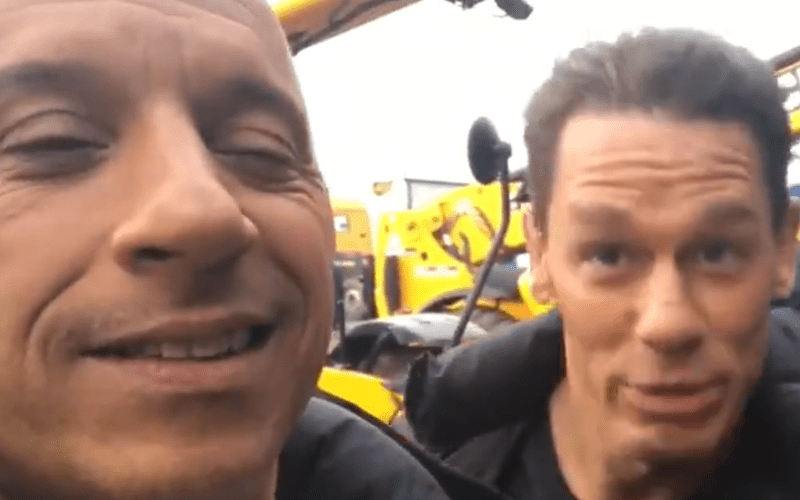 John Cena might have already started filming Suicide Squad 2, but he also had to wrap up Fast & The Furious 9 as well. This was a harder goodbye for Vin Diesel than some might think.

Diesel gushed about how amazing it was to work with John Cena and the two appeared to have created a serious bond.

Week 16, Fast 9 and it truly is a bittersweet moment because someone who I have had the great pleasure of working with, John Cena is finally filming his last day.

I have to tell you, world when you see him in this movie, when you see his character come to life you will be blown away. You are going to be ecstatic about what he’s contributing to this saga. I’m so so so so so proud of him I can’t even put it into words.

John Cena said that his part in the film will be revealed in time. He said that fans are in for a wild ride as well. Then he thanked Vin Diesel many times for this opportunity. It seems like John Cena made some really strong connections with the Fast Family.