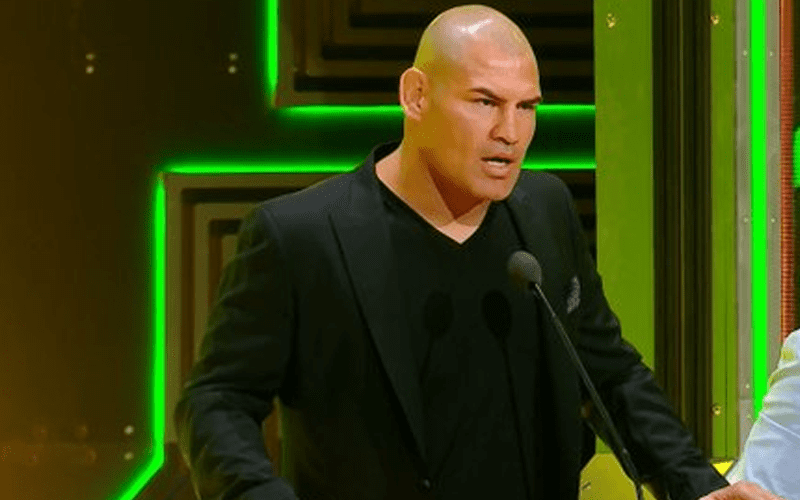 Cain Velasquez just signed a huge multi-year WWE contract, but he wasn’t included in the Draft Pool. This set up a very interesting situation where the former UFC Heavyweight Champion is now apparently a free agent.

The Wrestling Observer Newsletter noted that they have been told that Velasquez and Rey Mysterio are sticking together through October. This means that Cain Velasquez will be on RAW since that is the brand Mysterio was drafted to.

The only thing we were told is that he’s with Rey Mysterio through the end of the month. In theory that means Raw, but Brock Lesnar is on SmackDown.

This could be a very interesting situation for WWE if Velasquez is set to appear on RAW, because he’s feuding with the top champion on SmackDown. Everything will hopefully come out in the wash after WWE Crown Jewel which should give us a much better idea of WWE’s intention in this situation.