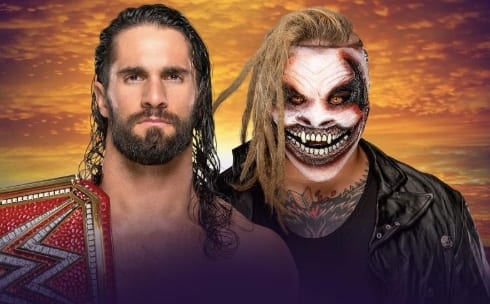 As seen on Sky Bet, the betting odds for Seth Rollins vs Bray Wyatt at WWE Crown Jewel have been released.

A lot of fans have been questioning the fact that The Fiend wasn’t able to capture the Universal Championship at Hell in a Cell, with many believing that is was the perfect moment for WWE to pull the trigger on this new monster character of theirs.

Alas, it didn’t quite happen, and the hope for many is that Wyatt will finally be able to get the job done when the company heads over to Saudi Arabia for their highly controversial show.

In terms of the odds, Seth Rollins is actually the favourite to retain the championship with odds of 4/7. Wyatt, on the other hand, is the 5/4 underdog as a result.

The reaction to Seth retaining the belt is certainly going to be interesting if it does happen, with his recent ‘burning down’ of the Firefly Fun House coming across as a bit of a heel move. Whether or not WWE is intentionally doing that, of course, remains to be seen.

The next step in this rivalry one way or another seems to be a showdown at Survivor Series, which could mark the final time that the two square off in one on one action during this chapter of their rivalry.

With that in mind, it wouldn’t be all too surprising to see this match end in some kind of a disqualification – but this time, Wyatt could be the one who loses his mind.