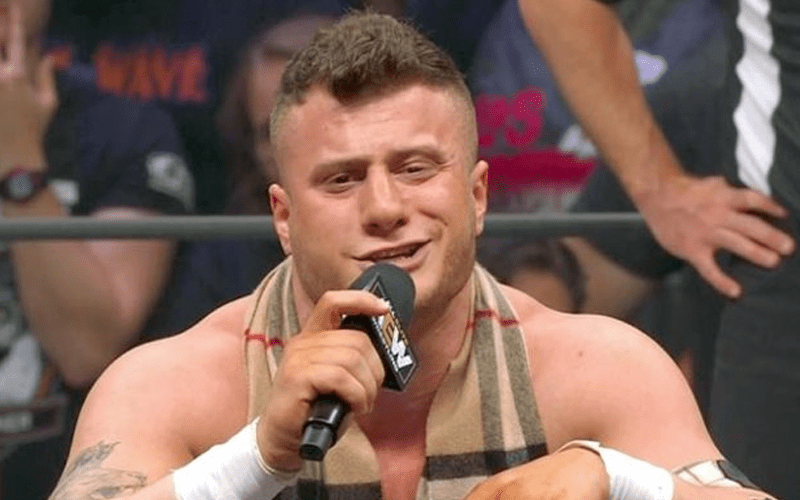 Maxwell Jacob Friedman is a big time heel in AEW, but he gets a babyface pop. One thing he can’t do is be seen in catering on Being The Elite. That was an issue on this week’s episode.

The camera was rolling unbeknownst to MJF as he strolled into catering. MJF knew that he couldn’t be seen on camera, so he slid up against the wall. The entire time he was making his way to blend in with the wall, he had a big smile on his face too.

AEW’s official Twitter account caught this little gem and put full focus on it as they tweeted out:

When you walk into somewhere you weren’t meant to be. But, realize it’s too late to go back, so you just try and blend into the nearest wall you can find.

MJF tried to save face by replying: “….I was told all the marks were out of the catering hall.” It was still a great moment and MJF did everything he could to stay in character.

We’ll have to see how MJF’s character evolves in AEW, but that smile on his face might be the last genuine one we see for a while.