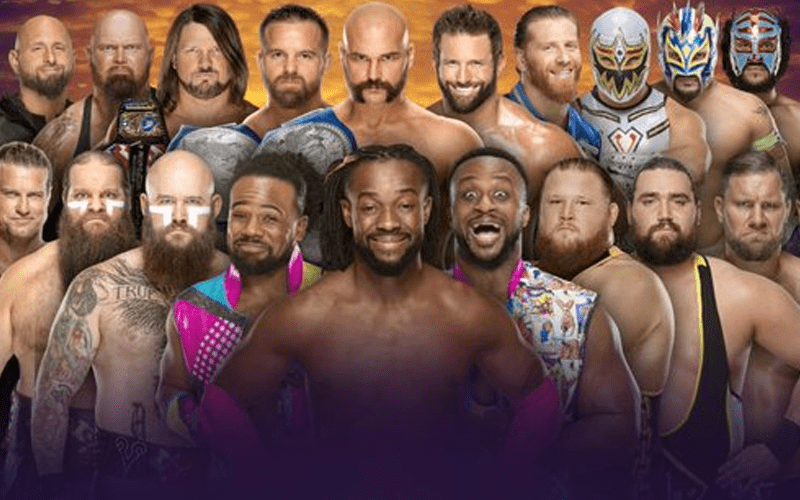 WWE has another Saudi Arabian event set for October 31st and they have a big match planned now. It could also give a team a new nickname.

WWE will declare “The Greatest Tag Team In The World” at WWE Crown Jewel in the largest tag team turmoil match in WWE History.

This match will be Dolph Ziggler and Robert Roode vs. The Revival vs. The New Day vs. The Viking Raiders vs. Heavy Machinery vs. Lucha House Party vs. Zack Ryder and Curt Hawkins vs. The OC vs. The B Team

In WWE’s official release about the match, they described what these teams are fighting for.

At WWE Crown Jewel, WWE’s elite tag teams will battle tooth and nail in the largest Tag Team Turmoil Match ever to take possession of the coveted World Cup and to be crowned Best Tag Team in the World.

They declared Shane McMahon as Best In The World in Saudi Arabia before. Let’s see who gets to call themselves the Best Tag Team In The World as well.