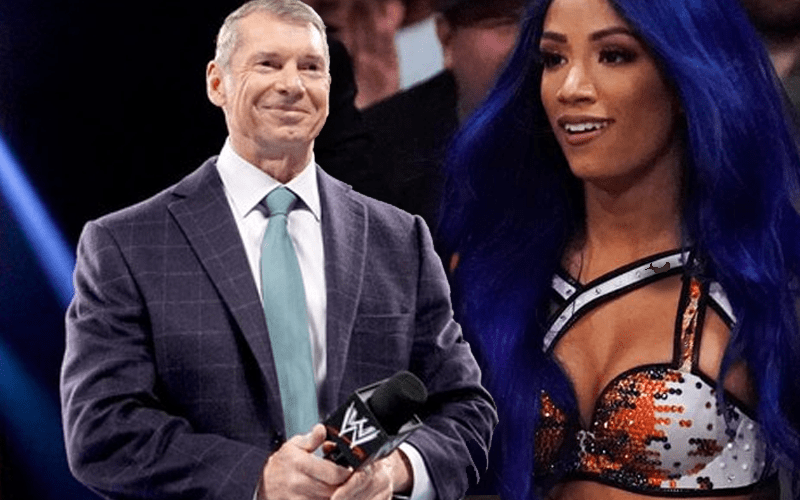 Sasha Banks sent out a message to fans last night letting them know that they should follow Vince McMahon on Twitter. Apparently, this rub from The Boss goes both ways because Banks’ boss is also a fan of what she’s doing.

Fightful says that Vince McMahon is even more behind Sasha Banks than ever recently. The Boss has found herself “in the favor of Vince McMahon” which is a great place to be.

Banks is still listed to face Becky Lynch in the opening contest of Raw this week. This is interesting considering the fact that channel guides are now showing Charlotte Flair in Sasha Banks’ place. This might depend on Banks healing up from a tailbone injury she suffered at Hell In A Cell.

Only time will tell when Sasha Banks will wrestle again, but she’s likely to continue getting a spotlight in the company as long as Vince McMahon is behind her.