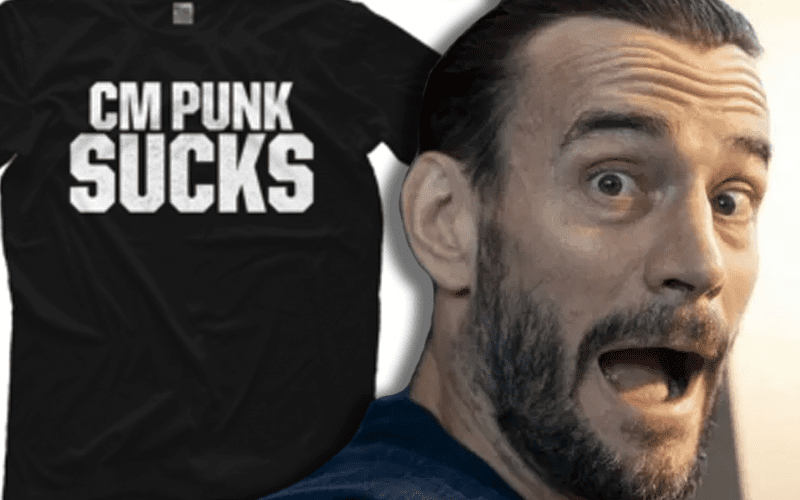 CM Punk can be quite a controversial figure at times. If you’re one of the people who hate the Second City Savior for whatever reason then CM Punk has the shirt for you.

Perhaps Punk’s goal is to flood AEW Dynamite tapings with t-shirts saying he sucks. After all, there will probably be some disappointed fans if he never joins AEW and it’s not looking likely right now.

We’ll have to see what his next move is after Punk is done promoting his movie “Girl On The Third Floor.” As of right now, he hasn’t signed a contract with Fox to be a part of WWE Backstage. He seems to be doing his own thing and that includes selling t-shirts that say he sucks.