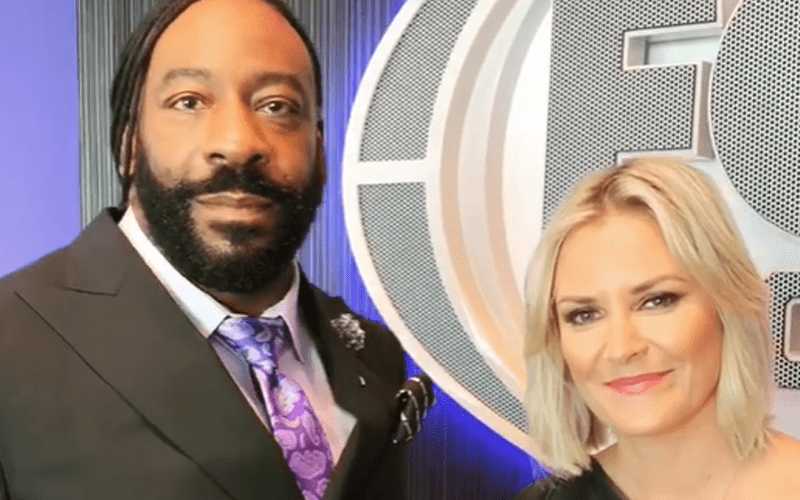 WWE Backstage will debut on November 5th on FS1 at 10:00 PM EST, but fans are in store for a preview episode even sooner. We might just see a whole new kind of wrestling show hosted by Renee Young and Booker T.

One fan decided to troll the announcement that we are getting a special preview episode of WWE Backstage on October 15 after game 3 of the ALCS. They said: “Who cares? A talkshow about a scripted sport if you arent gonna break kayfabe how is this different than the trash pre shows u do for ppv’s.”

Bookmarking this tweet to see if you delete it after it airs. 😉

The fact that a tweet about breaking kayfabe brought such a reaction from WWE On FOX could be a telling sign.

FOX is operating WWE Backstage and not Vince McMahon’s company. That being said, if Booker T wants to ask Renee Young what her husband Jon Moxley thought about Hell In A Cell that seems to be fair game.

WWE Backstage could be a very interesting experience for fans. Let’s just see what happens because there could be some newsworthy developments happening on that show.