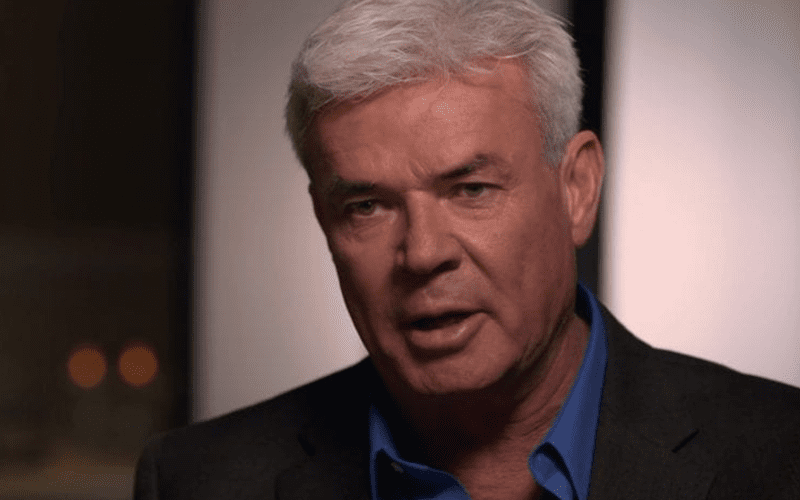 WWE brought Eric Bischoff into the company to be the Executive Director of SmackDown, but he doesn’t seem to be doing much.

Dave Meltzer noted on Wrestling Observer Radio that whenever he asks about Bischoff there doesn’t seem to be much of a positive reply. In fact, it is said that he’s simply another face in catering.

“All I hear is when you ask anyone about Eric Bischoff they go, ‘He’s in catering.’ I mean it’s very negative basically he’s there, but he’s nothing… whatever. I don’t know what’s going on, I mean, it’s clearly Vince’s stuff.”

Eric Bischoff moved his entire family from Oklahoma to Connecticut so he could take this new job with WWE. He might still be adjusting himself to the way things work, but it doesn’t sound like he’s having much input on what is going on within WWE’s current storylines.