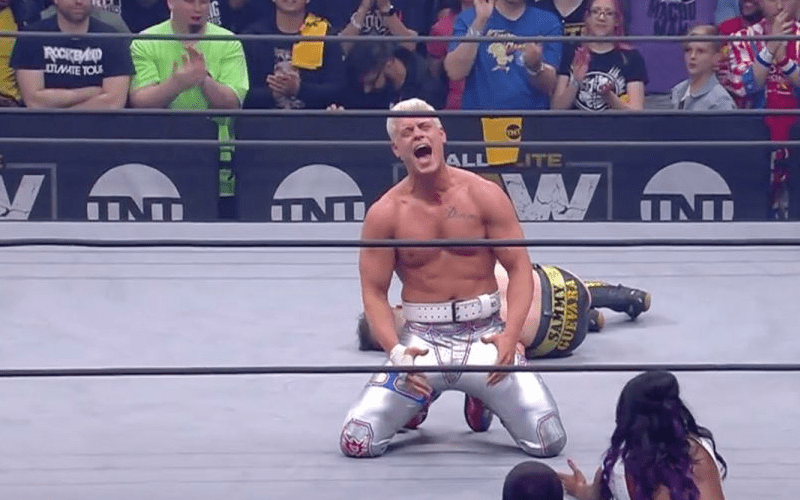 AEW: Dynamite included Pac vs Adam “Hangman” Page in a match that excited the Capitol One Arena crowd, but it could have been much better.

During Wrestling Observer Radio, Dave Meltzer disclosed that they had issues with the ropes during Hangman Page and Pac’s match. This apparently led to them having to be a little bit more careful than usual.

“I know Page is gonna be their World Champion some day, you know it’s not today and he’s not established yet and he needs a kickass match. I thought that [vs. Pac] was gonna be it. I guess there were problems with the ropes from what I understand and that’s why everyone was a little over-careful so maybe that’s it, but you know in time I’ve seen enough great Page matches that I’m sure one is coming I just thought that Pac would be the first one.”

All Elite Wrestling: Dynamite is just getting started, but they might need to fix whatever issues they have with the ropes. Sometimes a great match will turn into an okay match if the tiniest thing is off and fans might not even realize something is wrong. Apparently, there was something that wasn’t quite right with the ropes this week.