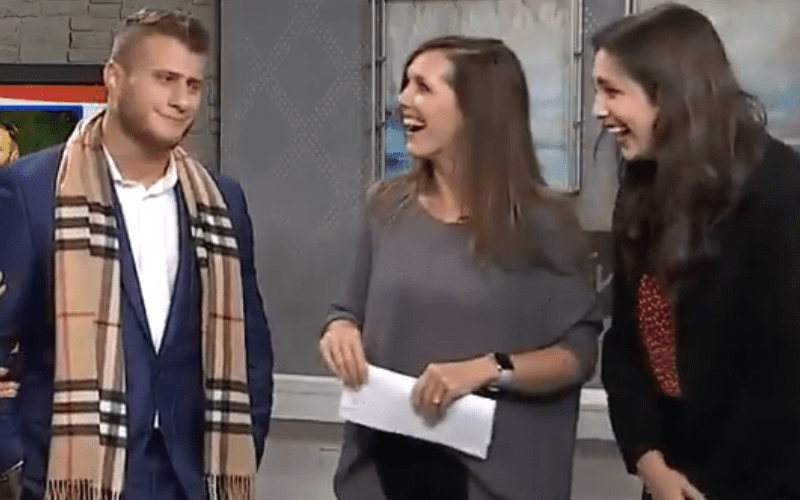 MJF is The Salt Of The Earth, but he doesn’t like to be touched.

Cody and Brandi Rhodes brought Maxwell Jacob Friedman along with them for some reason to do some local medial to hype their upcoming Champaign Illinois show in December.

When an interviewer at WCIA reached out to touch MJF and comment on how well he dresses, she did not expect his cutting response.

“First of all don’t touch me sweetheart, but yes we do [dress nicely] and we look good in them.”

Cody quickly made a remark about MJF firing “live rounds” and then he rearranged the way they were standing to get MJF as far away from the hosts as possible.

This just proves that you can’t take MJF anywhere, but if you do he’s going to look good.