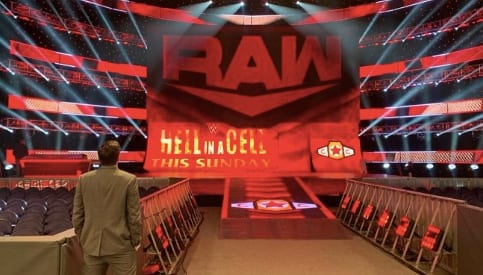 The season premiere of Monday Night RAW last night certainly got a lot of people talking, whether it be because of Brock Lesnar’s attack on Rey Mysterio or Lana’s affair with Bobby Lashley. In truth, it all depends on what tickles your fancy.

One notable change that many fans picked up on, however, came in the commentary booth. The new three man booth features a series of changes, with the most notable being that Vic Joseph is seemingly the new lead commentator for the red brand – which could indicate that Michael Cole and Corey Graves will be moving permanently over to SmackDown Live.

Joseph has been on the scene in WWE for quite some time now, but this serves as a wonderful opportunity for him to break out into that next level.

Nobody truly knows how this latest shift in WWE programming is going to go, but it doesn’t seem as if there’s any risk of fans blaming them for sticking to the status quo.

Instead, they’re testing the waters with something new and that is always welcomed in the current environment. Things are going to get pretty competitive over the course of the next few weeks with SmackDown Live, NXT and AEW Dynamite all coming to the forefront – and RAW needs to be able to keep up.

SmackDown’s move to FOX ensures that they will be featuring a lot of big stars on the blue brand, and you can bet that Vic Joseph will do all he can to lead RAW against the Friday night show.