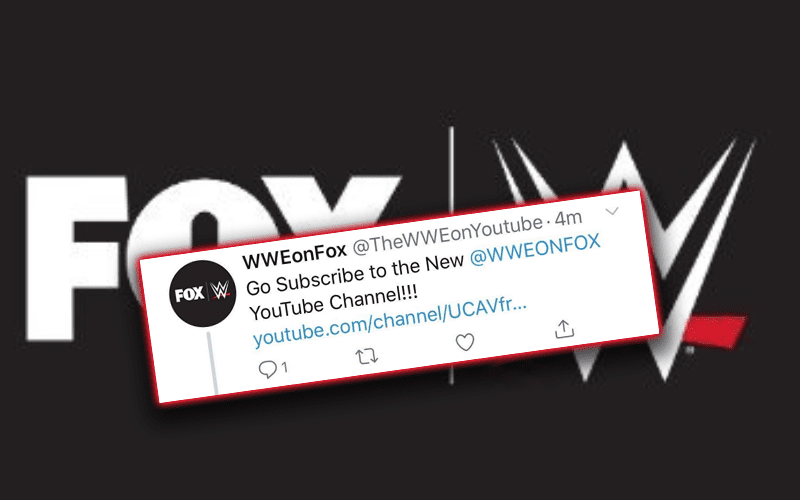 WWE is getting a lot of attention on Fox and that will always come with some people who want to reap the rewards from their hard work by jacking their property and content.

Whenever people are doing well for themselves, others will often sneak in and try to latch themselves onto whatever is working. This is the reason why WWE on Fox has someone impersonating them online.

An account on Twitter called “WWEOnFox” with a username of @TheWWEOnYoutube sent out a message for everyone to go to a YouTube channel called “WWE On Fox.” All of the videos on this account are promos for WWE on Fox and range in views from 1 all the way up to 5 as of this writing.

The actual WWE On Fox Twitter account replied back to this imposter and called them out saying: “This is not an official channel.”

It’s very likely that with Fox’s legal resources they’ll have this account shut down before you’re even reading this. That’s why we took a handy screenshot so we can all remember the time when WWE on Fox handled business.