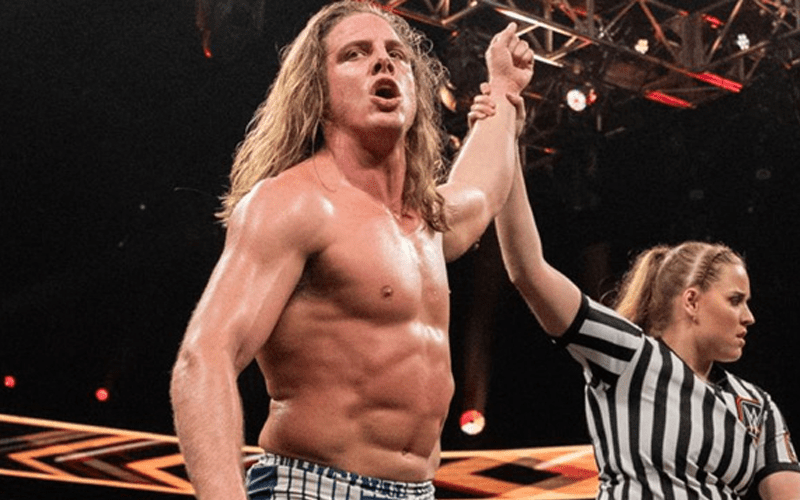 Matt Riddle is a very confident person, but he’s not perfect and he realizes this fact as well.

While speaking to Chasing Glory, Matt Riddle said that one thing he hates is when someone says “I know,” after getting a critique. He went on to explain that he doesn’t get many suggestions at this point, but they do come around every now and then.

“I like critiques and I’ll say whether I agree or disagree. They’ll be like ‘Oh I don’t know why you kicked him there,’ I’ll be like, ‘Because I was standing there and he was there and why would I just look at him?'”

“It’s mostly like that or they’ll be like, ‘Oh maybe you can keep it in the ring next time.’ I don’t get too many critiques, I do get some though. You know, mostly when we do the smaller shows they want me to hit people harder, I’m like ‘it’s a smaller show, I don’t want to kill people — save that for TV.'”

We’ll have to see how far Matt Riddle will go in WWE, because there looks to be no limit at this point. He could very well become NXT Champion this week which could be a big boost toward achieving his pro wrestling aspirations.

One thing he won’t do is reject the idea that he is ever above receiving suggestions along the way.