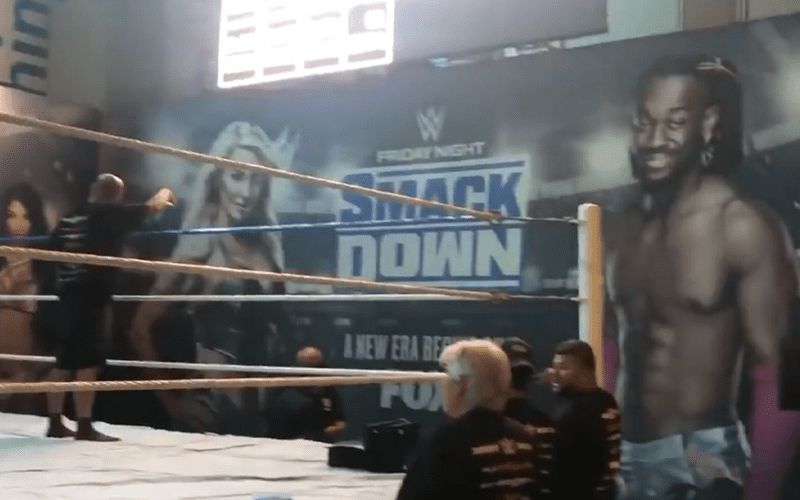 WWE is moving the blue brand to Fox and they’re showing off in some big ways.

They set up a ring outside the Fox building in New York City today. This ring will set the stage for WWE Superstar appearances all week on Fox & Friends.

WWE is getting some big build up for their Fox premiere and running an interview a day up to the big day will future establish this new five-year partnership between WWE and Fox.

It is very interesting how Brock Lesnar, Sasha Banks, Becky Lynch, and Bray Wyatt are all on the big SmackDown wall. Don’t you think?

Seeing how none of them are on SmackDown currently, it is rather interesting. Perhaps this is all to plug the 20th Anniversary Special specifically, but if that was the case then why aren’t any legends like Steve Austin featured as well?