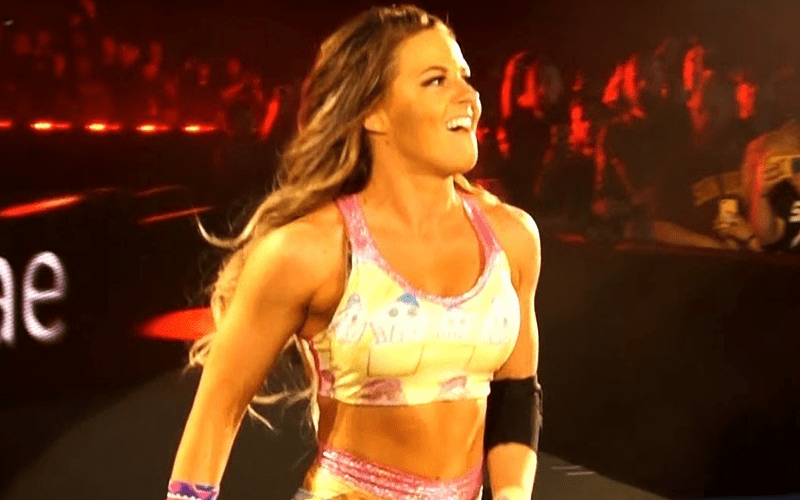 Candice LeRae will have a huge challenge on October 2nd because she has Shayna Baszler to face. If she can defeat Baszler then LeRae will become NXT Women’s Champion. This is a big obstacle, but she’s fought tough battles before.

As a member of The World’s Cutest Tag Team with Joey Ryan, Candice LeRae developed a name for herself in intergender wrestling. That might not be for everyone and LeRae admitted on Chasing Glory that it was something to overcome, but it certainly inspired a lot of fans along the way.

“Not that it was bad, but I was a woman wrestling men and that’s not for everybody, and I totally understand both sides of the story here, but I found what I was doing was inspiring and helping other people. I mean, I had men and women coming up to me at shows almost in tears telling me that my wrestling empowered them to get out of horrible situations.”

WWE doesn’t really produce intergender wrestling matches. They toyed with the idea around the Royal Rumble with Nia Jax, but nothing ever came of it.

We’ll have to see whether WWE will ever promote intergender wrestling in the same way as other companies. If it ever happens, Candice LeRae will probably be first in line to show what she can do.