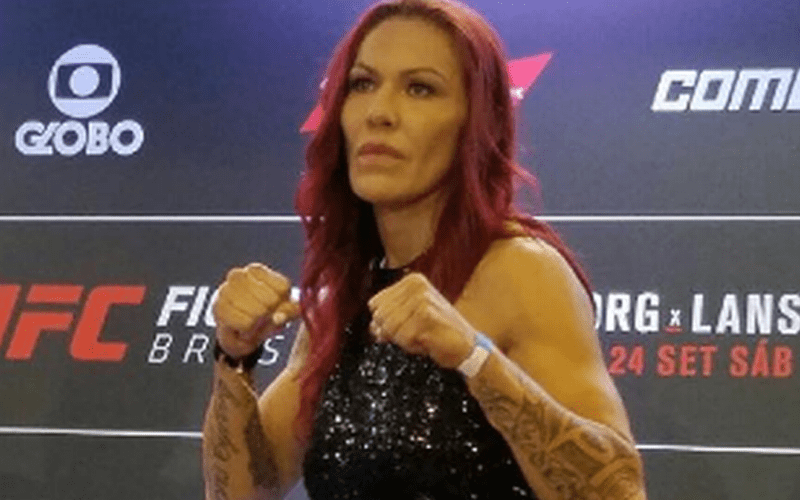 Cris Cyborg fought out her UFC contract and they did not re-sign her, but it didn’t take very long for Bellator to ink a deal with the former Featherweight Champion.

While speaking to MMA Fighting, Cris Cyborg opened up about her interest in both WWE and AEW. Since she is signed with Bellator now they will allow her to pursue pro wrestling interests which looks like a possibility.

“I love both AEW and WWE and the fans of professional wrestling are always stopping me in the street asking me when I am going to have a wrestling match. If the opportunity presents itself, and the deal makes sense, I would love to challenge myself with pro wrestling.”

She definitely seems to be keeping her options open by praising both WWE and AEW. Let’s just see who is going to offer Cyborg a deal to come in and what they might have planned for her.