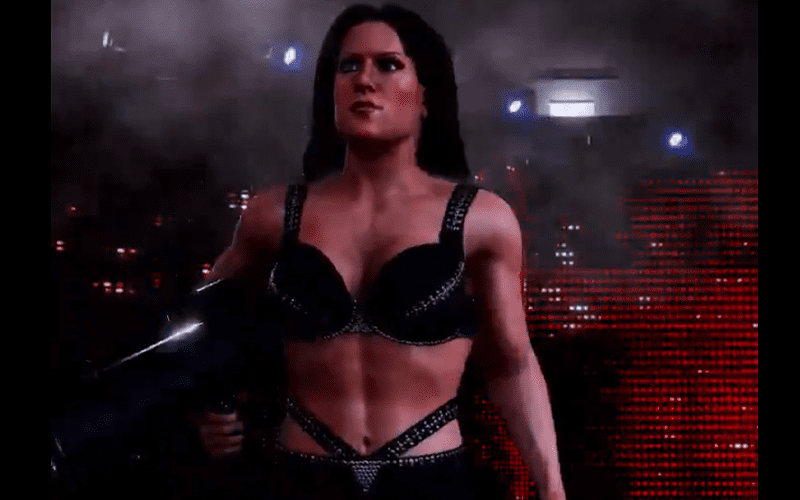 WWE has a few people who are deserving of the WWE Hall Of Fame but it hasn’t happened for one reason or another. D-Generation X’s induction into the WWE HOF included Chyna this year and it was long overdue.

Not only is Chyna now a WWE Hall Of Famer, but she is also going to be featured in the upcoming WWE 2K20 video game. This a big moment for fans of the 9th Wonder Of The World.

2K has revealed Chyna’s entrance and they obviously did their homework. They captured Chyna’s ring attire and she even has her pyro gun that she shoots into the crowd. We really miss that pyro hand cannon.

You can check out her entrance below. Chyna will be available in the Deluxe and Collector’s edition of the game due out on October 22nd.