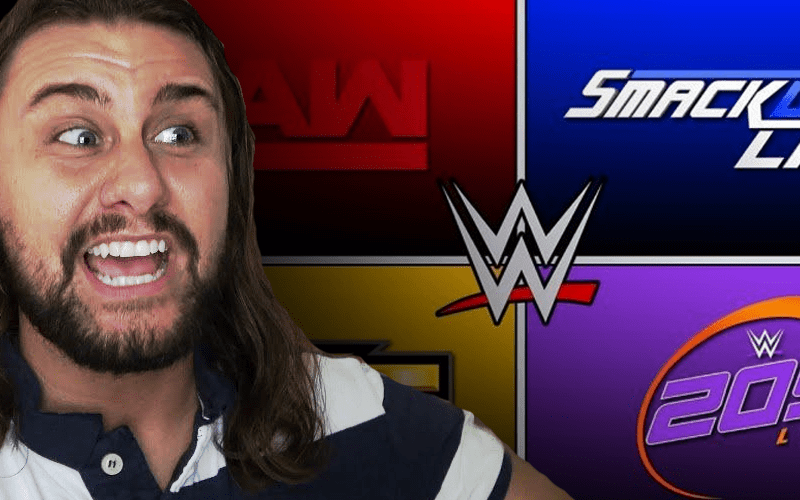 WWE has a lot of things planned for the next few months, but this next couple of weeks will be very loaded as well.

In a very short amount of time WWE will have shows on Monday, Tuesday, Wednesday, and Friday nights. If you add in pay-per-views and TakeOver specials that is a lot of content. This could get overwhelming for some fans.

During Wrestling Observer Radio, Dave Meltzer brought up the fact that WWE is planning a very packed couple of weeks before October 6th’s Hell In A Cell pay-per-view. This could just be a taste of what WWE fans should expect in the future.

“The other thing too is we’ve got the pay-per-view on October 6th which is kinda gonna get lost in the shuffle against the October 2nd head-to-head, the October 4th SmackDown Fox debut and then you come back with a pay-per-view that Sunday.”

“I think people are gonna get burned out although it is Hell In A Cell and the one thing it’s got going for it is the Bray Wyatt title challenge and Bray Wyatt, you know he’s new and fresh and everything.”

WWE is not slowing down at all and it appears that they are only adding to their content. With the WWE Network at their disposal they could easily produce new television content every day of the week. The biggest question is whether they need to.