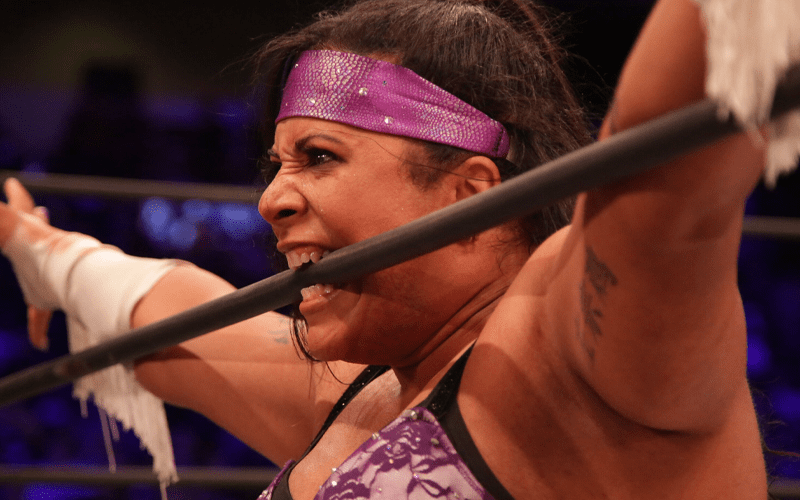 Nyla Rose might need to dial it back a little bit on Twitter, because she really stepped in some controversy recently.

The AEW star could very well become their first Women’s Champion, but she didn’t represent herself very well on Twitter recently. After one “fan” sent out an animated gif making reference to the fact that she is transgender, Rose responded by taking her own shot.

“Awwwwwww you want attention hun? What’s wrong baby? Mommy not hug you enough??? Did daddy mouth touch you in the no no place??”

Nyla Rose deleted her tweet when reactions started flooding in that were not approving of her making a remark like that. It’s understandable that insensitive people hurt Nyla Rose’s feelings as well, but as the only verified Twitter account in this exchange, maybe she should have just hit the block button.

A lot of people read into her remarks that it implied child molestation. While she did not specify the age this troll would hypothetically be in this circumstance, at the very least it implies incest.

It is a good thing she deleted the tweet. That doesn’t stop a screenshot of the tweet from floating around the IWC forever.