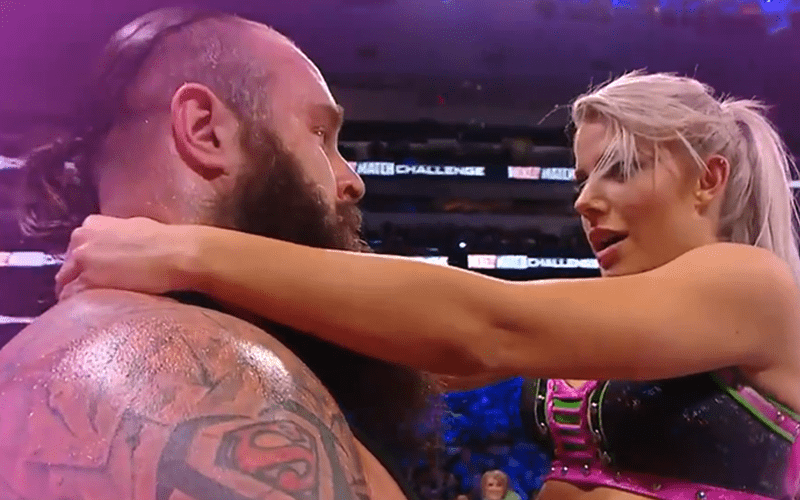 Alexa Bliss felt like gracing social media with a selfie and some Britney Spears lyrics. Little did she know that she might have triggered her Team Little Big tag team partner in the process.

WWE developed some on-screen sexual tension between Braun Strowman and Alexa Bliss, but nothing ever came of it in the storyline. Now with a recent post on Instagram, it seems like Braun Strowman might still have a candle burning for Bliss.

As you can see from the comments, Alexa Bliss received some very positive reactions for this post. One of them included Braun Strowman replying with: “Gulp.”

Fans replied back to the Monster Among Men encouraging him to ask Alexa Bliss out. We’ll just have to see if they end up teaming together once again if the Mixed Match Challenge ever returns.