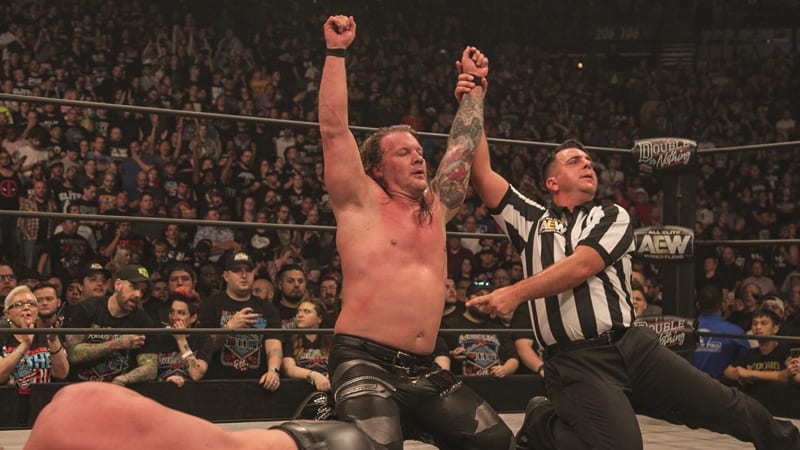 All Elite Wrestling: Dynamite will make its TNT debut on October 2nd. This will be a landmark day for pro wrestling history and plenty of fans will be watching AEW and NXT on two separate screens. The two companies’ strategies might be vastly differently.

During Wrestling Observer Radio, Dave Meltzer discussed AEW’s plan to use their television show. They are relying on pay-per-view revenue to a much greater extent than WWE who has their own subscription network.

It was explained that while AEW will be presenting exciting matches every week, they won’t put on a huge contest just for the sake of ratings. They need to build toward pay-per-views which is going to be the company’s plan. This is evidenced by their re-booking of Jon Moxley vs Kenny Omega for Full Gear on November 9th rather than putting it on television for free.

We’ll have to see how things shape up in the weeks and months to come. The Wednesday Night Wars could always last years as well.

All Elite Wrestling certainly has the capability to hold a huge pay-per-view quality match on television, but the smarter option right now is to build interest with compelling television that brings fans to spend $50 four times a year for a big pay-per-view event.