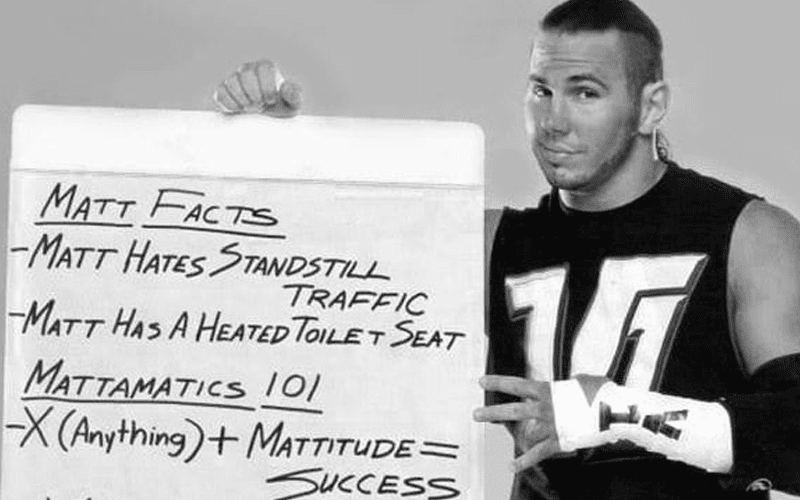 Matt Hardy has been involved in a ton of characters throughout his extensive pro wrestling career. Some fans really miss Matt Hardy V1 and it turns out that they are not alone.

While speaking to Inside The Ropes, Matt Hardy discussed the goals he has for his character in WWE. As it turns out, his goal includes bringing back a treasured gimmick for so many pro wrestling fans.

I would like to incorporate ‘Version 1’ at some point just because people bereave the Matt facts and the entrance music. I do, to a degree. So that’s definitely something I gameplan, but there’s also new stuff. There’s a couple of other things in the back of my mind that I would like to utilize, but I would like to be this crazy, constant stream of change character on television…

In a day and age where nostalgia is so prevalent, Matt Hardy Version 1 might just get a lot of people to tune in.

It would also be very interesting to see what kind of modern updates they could do to his technology-driven entrance as they display “Matt Facts” once again.

Thanks to 411 Mania for the quotes