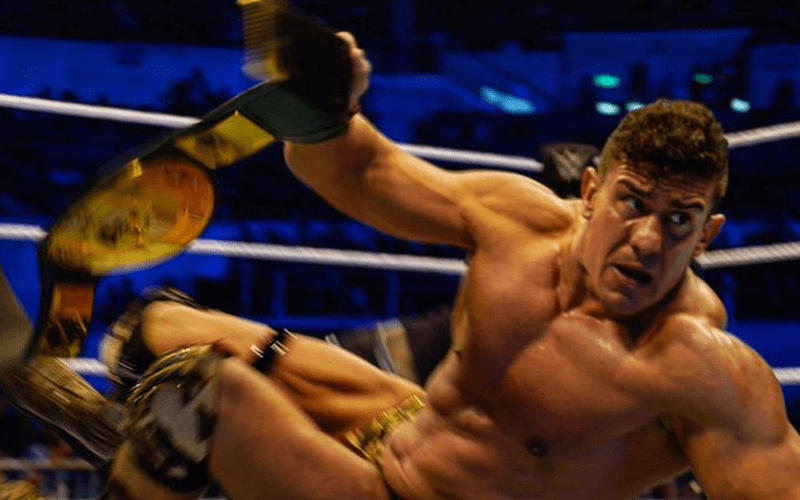 WWE took their show on the road this weekend as they make some dates outside of the continental United States. It looks like R-Truth needs to keep his head on a swivel too.

EC3 successfully pinned R-Truth to become the WWE 24/7 Champion during a house show in Manila. As it turns out, this celebration was short-lived for the former Impact Wrestling main event star.

Luckily for R-Truth, Chad Gable was around and he assisted Truth in getting his title back.

You can check out a fan camera of the title change below. We’re guessing WWE will release a full official video soon.