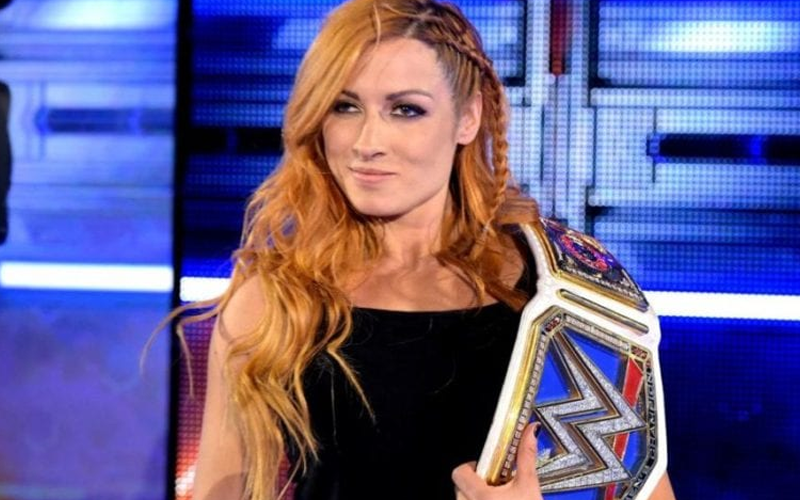 Becky Lynch has held her share of titles in WWE and she is currently RAW Women’s Champion. She was also the first-ever SmackDown Women’s Champion which is something people might have forgotten about.

While speaking to Yahoo, Becky Lynch looked back at her year so far. She admitted that when she became SmackDown Women’s Champion she was guilty.

Becky Lynch wished that everyone could be a champion in WWE. Then she had to realize that this was her moment that she needed to own.

“I think [the best part of the past year has been] really seeing how invested people get into this and how it has changed people’s perceptions of what you can do as a woman or anybody really — saying enough is enough.”

“When I first became the SmackDown women’s champion, I felt guilty. I was thinking ‘Oh I’m sorry, I wish everybody could be the champion.’ I played myself down. I realized that it didn’t do myself any favors. I saw people who weren’t putting in a fraction of the work I was getting handed opportunities, titles, title shots. I looked and said ‘No when I get my chance again this isn’t going to happen again.’ I promised myself it wouldn’t and it hasn’t.”

Becky Lynch continues to work at a championship level, but we’ll just have to see if she can survive the perils of Hell In A Cell against Sasha Banks.

Even if Becky Lynch’s time does come to drop her title at Hell In A Cell she still has nothing to be ashamed of as she continues to fight for a top spot and capitalize on every opportunity in front of her.