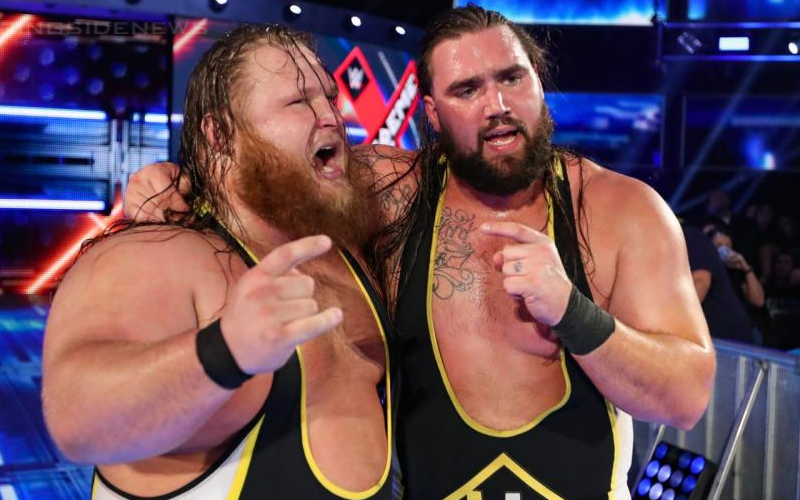 The return of the Authors of Pain has certainly got the WWE Universe buzzing, as the former kings of the NXT tag division attempt to reignite their career on the main roster.

They weren’t really given much of a chance to shine when they first got called up, and the removal of Paul Ellering as their manager certainly didn’t help matters as they found themselves without the mouthpiece they so desperately needed.

The team, known as AOP now, have been building themselves back up as of late courtesy of some intriguing promos on RAW and SmackDown Live – and with the draft being right around the corner, there’s a lot of intrigue as to what their future holds.

One team that isn’t overly concerned about them, however, is Heavy Machinery. They also fall into the category of being a former NXT team that is attempting to rebuild some momentum for themselves, as they attempt to go from a comedic act to serious contenders.

Both teams would work incredibly well together, and we’re fascinated to see what would happen when they square off. It’s obvious to see that AOP is going to have a rocket ship strapped to their backs when they’re on WWE TV on a consistent basis, but for now, all we can do is wait.

One thing we know for sure is that tag team wrestling in WWE has a lot of potential, and now, they just need to get behind it and give fans a reason to really care.