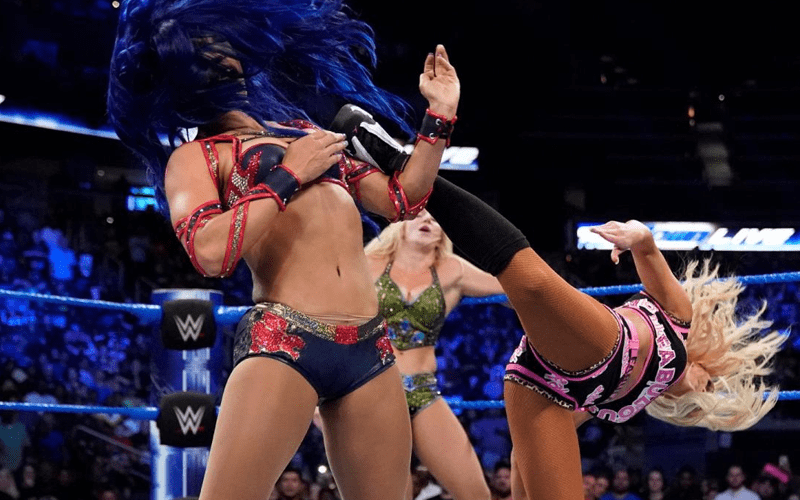 SmackDown Live included a couple unexpected moments, but fans of Carmella were pleasantly surprised to see her run out and get involved in a big spot.

Mella ran out for the save as Charlotte Flair needed her help. In the end, Carmella helped out with some superkicks and the crowd popped to see her in action.

After her run-in, Mella explained her actions when Kayla Braxton asked her what happened out there.

“I’m friends with Bayley, I don’t have the best past with Charlotte Flair, but it was two on one. They were cheating. Sasha and Bayley, they’re kinda out of control and it just didn’t set well with me.”

It’s a good thing that Carmella did come out because it could have gotten much worse for Charlotte Flair if she decided not to step in.