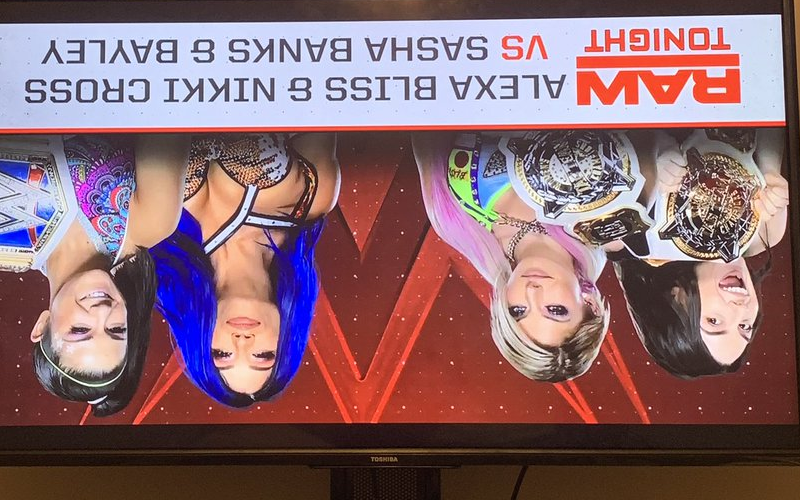 WWE RAW opened this week in a very interesting way. After the introduction was all over, the title cards that they showed to promote the matches throughout the rest of the night were upside down.

Then at the conclusion of the show, Bray Wyatt’s Firefly Fun House took over the broadcast for the last minute or so and it went absolutely insane on the screen. This was a huge sign that Bray Wyatt was in control of the whole show.

Actually, Paul Heyman was in control of the whole show since Vince McMahon, Triple H, and Kevin Dunn didn’t make it to Knoxville, TN this week.

Dave Meltzer noted on Wrestling Observer Radio that the initial botch at the beginning of RAW this week was done on purpose.

Of course, they made no mention to this throughout the show and some fans were left to believe that it was an honest mistake.

“RAW Upside Down” was also a popular Google search throughout the show as well. This might have been the case, but it was definitely on purpose. Now we’ll just have to see what kind of influence The Fiend will have on Raw in the weeks to come.