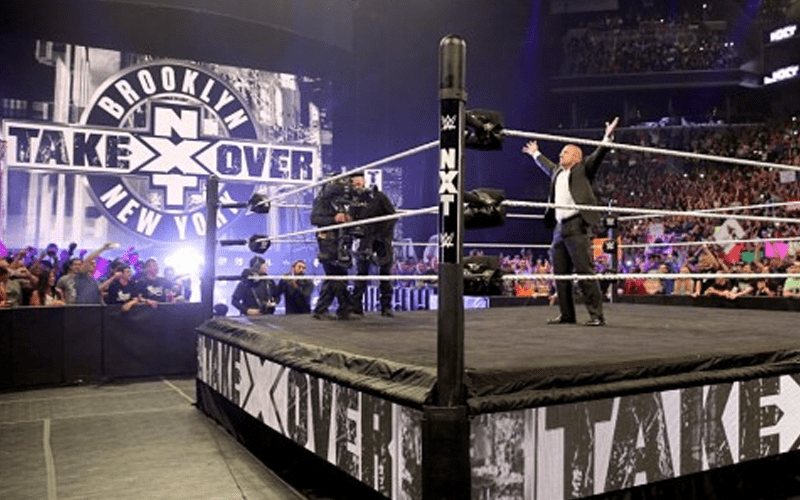 WWE is moving NXT to the USA Network and it all starts this Wednesday, September 18th. They have a bunch of plans and some definite changes are coming as well.

Triple H took part in a teleconference where he spoke about NXT’s plans for the future. TakeOver events typically take place before big WWE pay-per-view, but now they will have different dates and locations.

As Ryan Satin reported, WWE’s reasoning for doing this is to give WWE Network subscribers even more content, because fans will get specials like World’s Collide in TakeOver’s place.

Triple H says TakeOver will continue, there’s just some schedule shifting going on (RE: World’s Collide RR weekend). Says this is being done to give Network subscribers more live content on a more frequent basis. Some TakeOvers will be connected to WWE events and some will not be