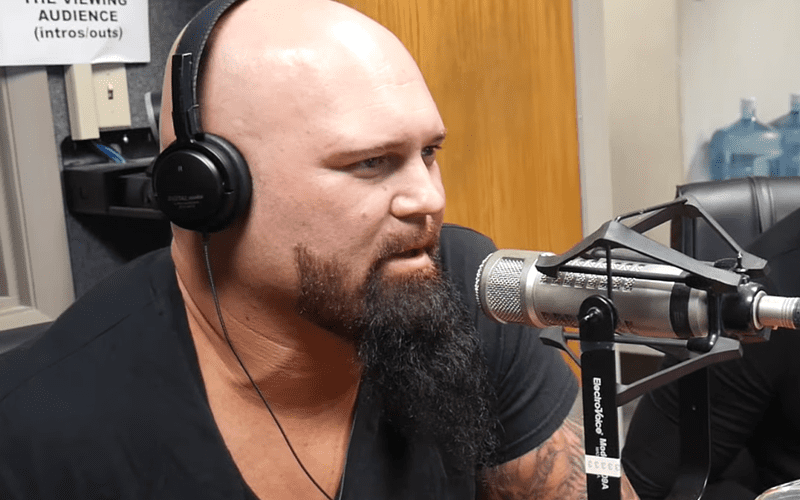 Everyone has their own story about how they broke into the pro wrestling business. Luke Gallows’ story includes a pretty stiff ultimatum set by his college football coach.

The OC spoke to 99.1 The Sports Animal with Tyler Ivens and Will West. During that conversation, Karl Anderson and Luke Gallows discussed how they were college athletes before their pro wrestling careers started.

Anderson played college baseball and couldn’t wait for that time in his life to be over so he could become a wrestler. Luke Gallows had a bit more “encouragement” from his football coach.

Luke Gallows played Division 2 college football at Fairmont State. Although Gallows was going to school and playing football, he still had a passion for pro wrestling that couldn’t be stopped.

Then the Good Brother Gallows told a funny story about how his football coach busted him while he was working a match. He might have been wearing a mask, but it’s impossible to hide Gallows’ identity. After all, how many Good Brothers of his size are there in one area?

“My collegiate coach caught me wrestling under a mask at the local mall. Yeah, I’m in a battle royal and he’s just standing there. I’m like, ‘throw me over brother, I gotta get out of here.'”

“So I ran out to my car, missed out on my ten bucks and that Monday they called me in and said ‘You need to decide if you want to be a pro wrestler or contribute to this football team.’ He said: ‘You wanna be Dusty Rhodes?’ — I had bleach blonde hair at the time which I know is hard to believe — I said ‘I wanna be Dusty Rhodes, are you kidding me?!’ So I quit.”

Luke Gallows’ coach probably didn’t expect for him to choose professional wrestling over football. As Gallows looks back now he probably can’t imagine himself making another choice.

It probably didn’t help his coach that he asked Gallows if he wanted to be Dusty Rhodes. After all, who doesn’t want to be like The American Dream?