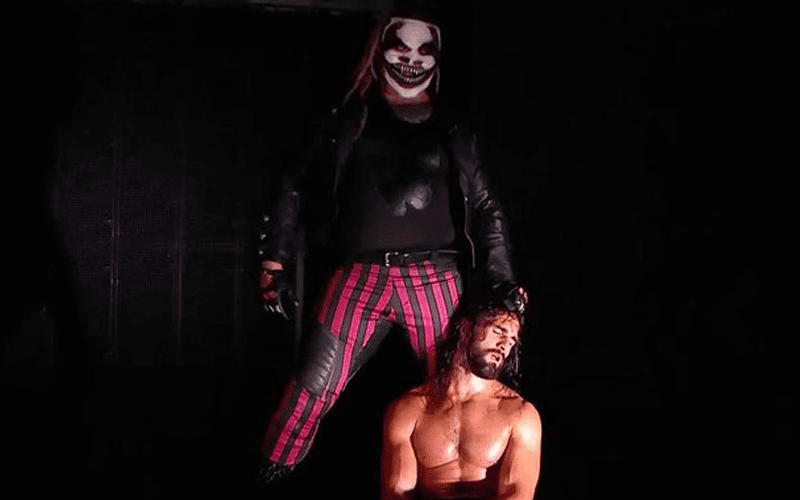 WWE Clash Of Champions was an event with ten title matches. The show ended with Seth Rollins retaining the WWE Universal Champion, but the show wasn’t over after The Architect’s celebration.

Seth Rollins had to really destroy Braun Strowman. He eventually hit the Monster Among Men with a Pedigree and a Stomp to win the match.

As Rollins was leaving and going up the ramp in celebration, the lights cut out. The Fiend appeared and he had Rollins in his arms. The WWE Universal Champion took a Sister Abigail on the entrance ramp followed by a Mandible Claw.

The Charlotte crowd popped huge for The Fiend as his laughter rang out during the closing moments of the Clash Of Champions pay-per-view. Obviously, we’re looking at Bray Wyatt vs Seth Rollins at Hell In A Cell on October 6th.