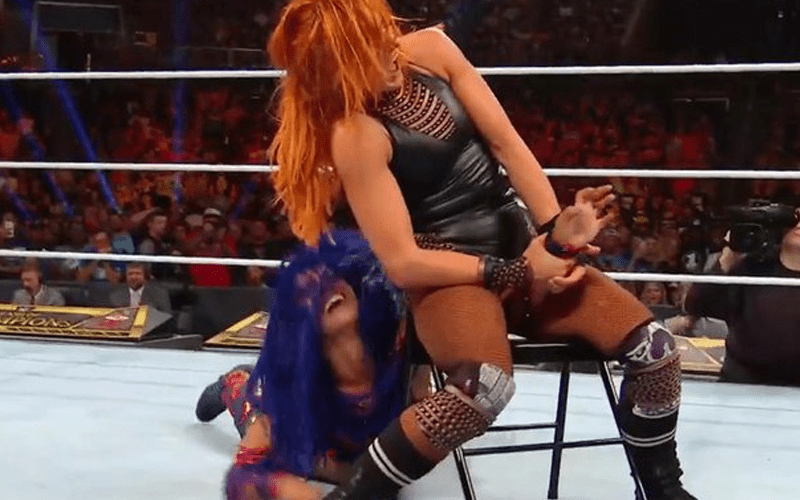 WWE Clash Of Champions saw Becky Lynch lose her RAW Women’s Title match, but she didn’t lose her title. Instead, she whacked the referee with a steel chair and caused a DQ.

After the dust had settled from WWE Clash Of Champions, WWE announced that they are fining Becky Lynch $10,000 for assaulting the referee with a steel chair.

The company said in the official announcement:

Becky Lynch has been fined $10,000 for inadvertently striking a referee during her Raw Women’s Championship Match against Sasha Banks.

The Man had intended to deliver the chair strike to The Boss but ended up hitting the referee instead.  After the referee went down, the title match descended into chaos, as the two rivals took their brawl to the concourse.

That is actually quite generous considering the $100,000 fine Shane McMahon leveled against Kevin Owens. Let’s just see how this plays out in the storyline to come.