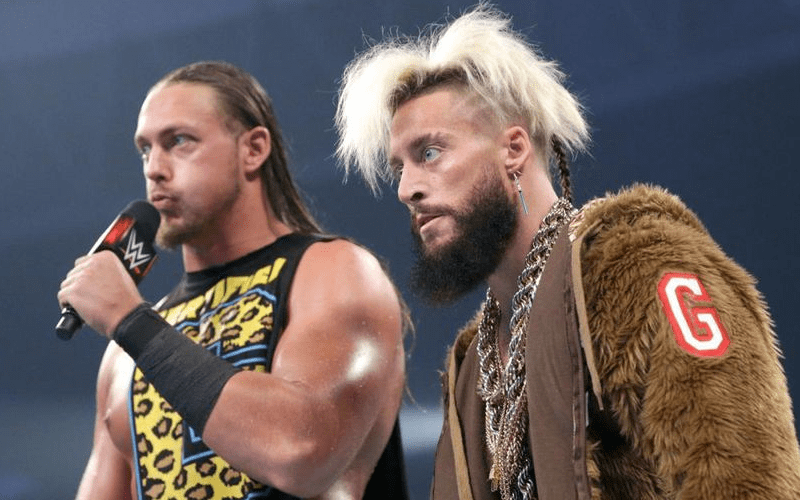 Big Cass and Enzo Amore were the realest guys in the room on WWE television, but they were both released a year apart from each other for totally different reasons.

Both Big Cass and Enzo have been doing their own thing since leaving WWE, but there’s always a chance that WWE could want them back. Or, they could maybe only want one of them.

Although they used to be a packaged deal, Big Cass admitted to Wrestling Inc that if WWE called just him, then he would be willing to sign without his old buddy Enzo.

“[Signing as a singles wrestler] is definitely something I would consider. Anything me and Enzo do together is just a privilege for both of us, but I know if he got a call from somebody and they said, ‘We just want you,’ I’d give him my blessing. And I know that if I got my call from somewhere, he’d say, ‘I’m going to give you my blessing.’ When we get to work together on the indies, whether it’s a signing or a match, we’re really pumped about that because me and him are like best friends in real life. So, we get to enjoy each others’ company throughout that, but when I think it comes down to business, if he goes somewhere, good for him. If he gets a music deal or something like that, good for him. I’m right in his corner. And I think that if I get a deal with any wrestling company, or entertainment, or anything like that, he’d be right in my corner.”

Big Cass is in amazing shape and working the indies. WWE obviously notices him because the two sides talk frequently.

Let’s just see what happens, because Big Cass could have a lot of potential to still make some waves in WWE before his career is over.