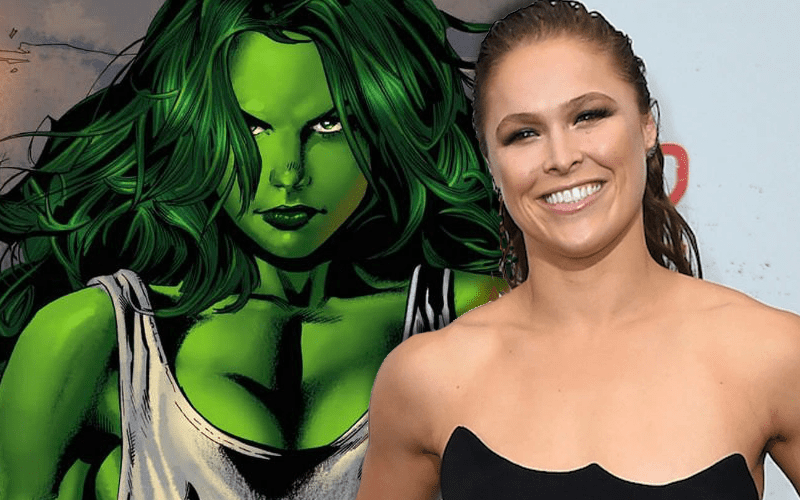 There are a lot of parts that Ronda Rousey could certainly play in Hollywood. Now she is being eyed for a new role that could transform her career, especially if you make her angry.

Disney Plus could be a real game changer in the world of streaming services. The company owns a lot of intellectual property including Marvel, Star Wars, and just about everything else. This new streaming service is set to feature a live-action She-Hulk series and they are reportedly eyeing a former Raw Women’s Champion for the leading role.

According to We Got This Covered, Ronda Rousey is currently being eyed to play She-Hulk in the upcoming Disney Plus series.

“Ronda Rousey is being eyed for the gig,” was the exact wording and this rumor has begun to spread like wildfire. It also makes us wonder if/when Ronda Rousey could find time for a WWE return of any kind if she takes on such a demanding role.

It was later reported that Rosario Dawson is also being eyed for the iconic superhero role along with Ronda Rousey.

She-Hulk is getting her own Marvel Cinematic Universe treatment on the small screen for now. We’ll just have to wait and see if The Baddest Woman On The Planet snags the role.

On a totally unrelated, yet somehow relevant note, if Rousey plays She-Hulk she wouldn’t be the first WWE Superstar to take on this role. Chyna played the She-Hulk character once upon a time, but that film was NSFW to the highest degree.