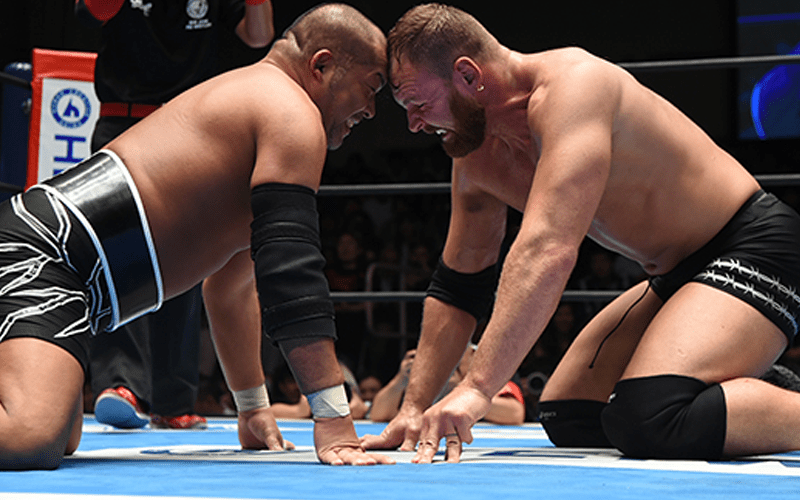 The G1 Climax is a tough tournament. There are matches for a month straight as the round robin tournament continues until a winner is crowned.

Jon Moxley did not win the 29th G1 Climax tournament, but he impressed a lot of people. He also made a lot of fans in the NJPW fan base.

While speaking to New Japan’s website in an interview translated from Japanese, Jon Moxley said that the G1 Climax 29 tournament was the toughest time of his career.

Moxley That’s right. Moreover, there were no moments when the harshness eased. “G1” doesn’t allow you to do your best today and let’s get a little off tomorrow. I’ll always run through for 4 or 5 weeks.

Oh. In this industry, you can often become a top wrestler in the long run if you perform a performance that impresses your fans and wins the match. So after the match you want to relax by taking a light break or fishing in the refrigerator and eating something? But even with one game in G1, there are still plenty of official matches, 5, 6, and 7 matches. Moreover, every opponent will challenge me with a darling madman, “Let’s hurt this top wrestler!”

Every player has made a violent attack to drive me out of New Japan and G1. They wanted to get fame by defeating me. So I felt like I was carrying a big target behind me during the G1 period. That’s why I tried to fight hard from me before they got ready for war.

We previously reported how Moxley stated that some NJPW stars were trying to test him and see if he had what it takes. They might have even been trying to drive him out of the company.

Mox might have contracted MRSA during that time, it’s really unclear when those issues started. He still fought on and worked every single match given to him.