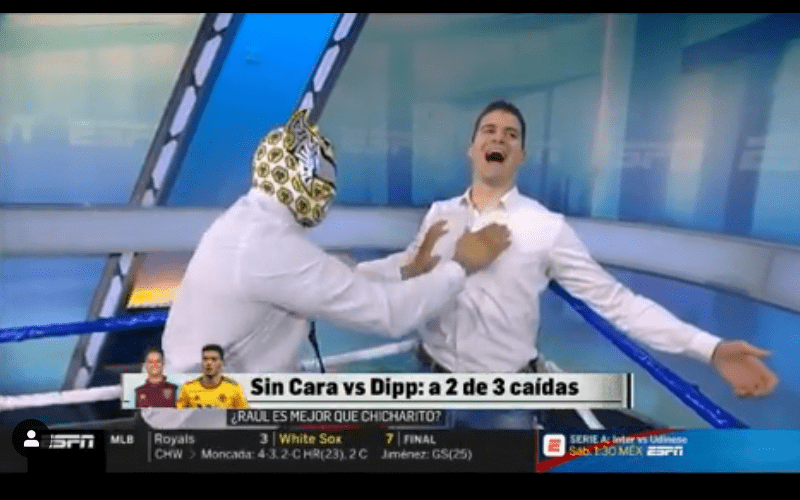 Sin Cara hasn’t made an official return to the ring just yet, but he seems more than ready to. If anything, he’s still got a top-level chop game going.

The masked Superstar recently appeared on a Spanish language talk show where he demonstrated his stiff chops in a big way. Luckily, he had a willing volunteer to take one inside their little studio-sized wrestling ring.

This isn’t the first time that Sin Cara caved in a television personality’s chest either. It seems like he had a very good time once again.

It’s good to have friends, especially WWE Superstars who can chop a hole in your chest. You can check out the footage below.