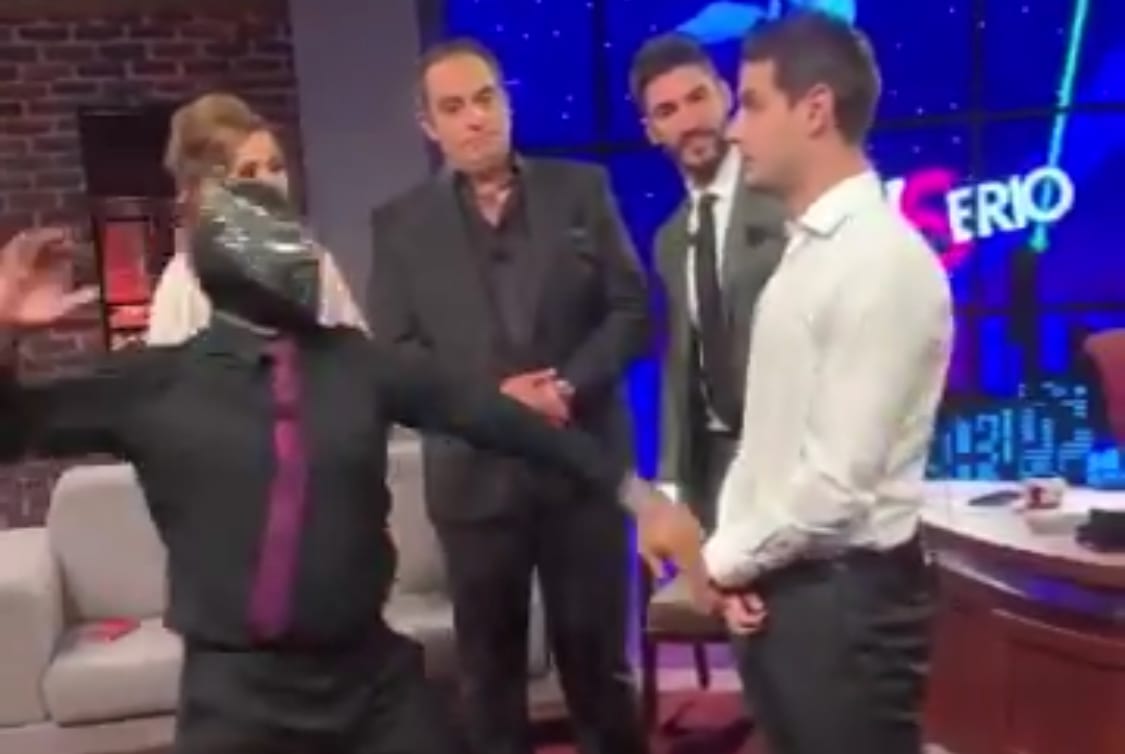 Sin Cara is a WWE Superstar and he frequently attends Spanish speaking media to promote WWE. But on a recent appearance at SN Serio, then host Adrián Marcelo got a little more than they were asking for.

Everything seemed to be going well for Sin Cara during this interview and then one of the hosts asked Cara if he would lay in a WWE-style chop to the chest which Cara obliged and as you can see, it was quite a noisy chop.

Cara was quick to thank the staff and crew of SN Serio in a tweet translated from Spanish to say: “Thanks to all the production for SN Serio an excellent night of fun.”

After taking a stiff chop, the host eventually recovered and everyone seemed to be all smiles. But it just goes to show that you shouldn’t ask a wrestler to chop you because if they’re in the right mood, they’ll give you one that you’ll never forget.