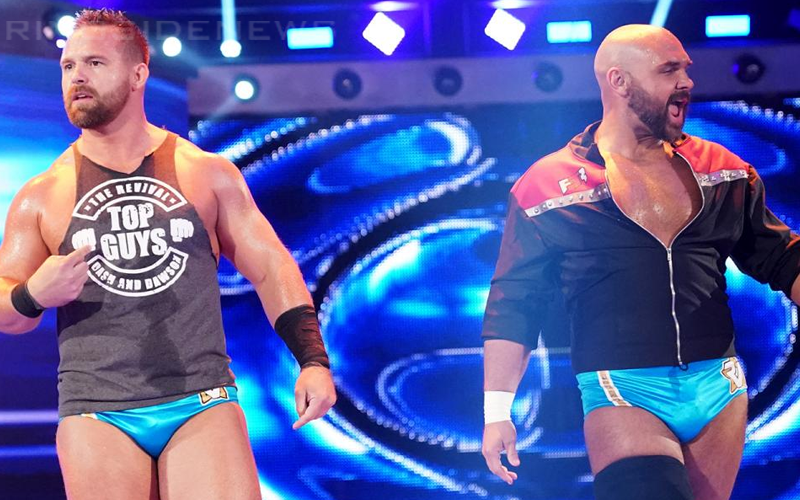 It’s not exactly new to see superstars teasing fans on social media, because let’s face it, it’s such an easy thing to do with the majority of pro wrestling fans constantly biting on any piece of information they’re given – and, yes, we include ourselves in that.

A question was recently posed to All Elite Wrestling fans who were asked which tag team they’d like to see compete in the new promotion. Without hesitation, Shawn Spears formerly known as Tye Dillinger made it clear that he wants to see The Revival make the jump over from WWE to AEW.

While Dawson & Wilder obviously wouldn’t go out of their way to cause any serious legal trouble for themselves, Scott did decide to tease fans in the form of a not so subtle emoji in reply to Spears.

For the last few months the prospect of Revival going to AEW has seemed progressively less and less likely, ever since they’ve been given a bit more time to shine on WWE television.

However, we’ve all come to learn that you should never say never in this business, especially in regards to a team like The Revival who, not so long ago, seemed to be destined to walk out of the door in favour of testing themselves out on the independent scene.

Speculation is all well and good and that will continue to run riot even if this was nothing more than a joke, but we can’t pretend like we wouldn’t want to see these guys square off with The Young Bucks.