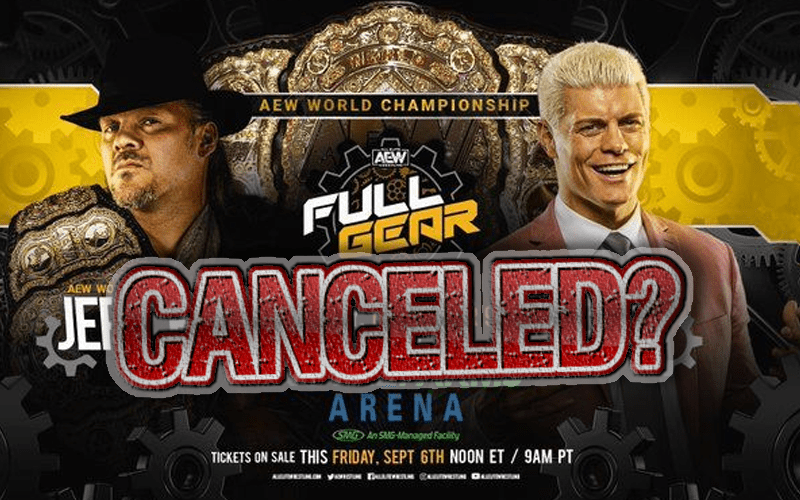 AEW Full Gear will go down on November 9th and there is a big main event set for the AEW World Title, but that match could change.

Chris Jericho is set to put his AEW World Title on the line against Cody Rhodes in Baltimore at AEW’s next pay-per-view event.

During AEW’s recent Road To TNT, Cody Rhodes sat down with Tony Schiavone for a chat. During that time, they talked about how serious Rhodes is for not only Full Gear, but the idea that wins and losses matter more than ever in All Elite Wrestling.

Cody Rhodes revealed that if he loses his match against Sammy Guevara on the debut episode of AEW on TNT, that means he’s out of the big November 9th match. The same is true for Chris Jericho if he loses in Philadelphia. He didn’t seem to waiver on those statements in the slightest.

The wins and losses will matter in AEW unlike any pro wrestling company we’ve seen so far. It will be very interesting to see how far All Elite Wrestling takes that idea as they carry on.