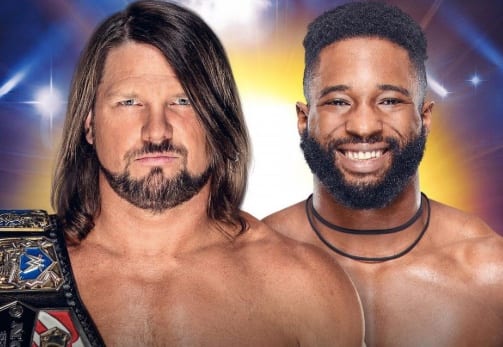 As seen on Sky Bet, the betting odds for AJ Styles vs Cedric Alexander at WWE Clash of Champions have been released.

The two men have really pushed their short-lived feud to another level in recent days, with Cedric Alexander managing to secure a pinfall victory over The Phenomenal One as we look ahead to Clash of Champions.

Of course, that may not actually mean much in the eyes of some fans, but the fact that Cedric is getting this kind of a push is a clear and obvious sign that WWE really does see something in him on a long term basis.

In terms of the odds themselves, Styles is currently priced as the 4/11 favourite to retain the United States Championship. Alexander, who has been on a solid run of form in recent months, is the 2/1 underdog.

Ever since becoming a heel once again AJ has been gradually gaining more and more responsibility on WWE programming, which can only be a good thing, especially as he was starting to wear a little thin during his latest run as a babyface.

Styles is the kind of guy that you could believe as a world champion but in equal measure, you can also picture him putting over some of the younger guys. That kind of unpredictability makes him incredibly fun to watch, and now that he has this ‘edge’ to him once again, there’s a very good chance that he’ll be a featured member of the main event scene for quite some time.