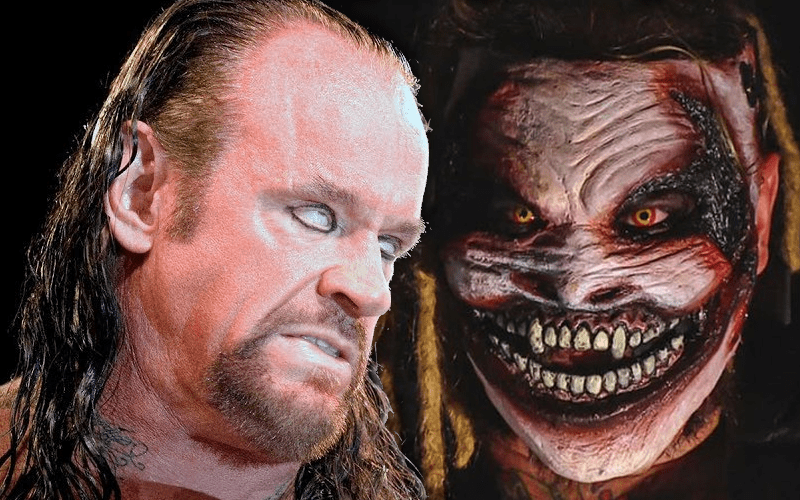 Bray Wyatt’s cryptic promo on Raw led some to believe he was pointing his gloved finger at The Undertaker as his next opponent. That could very well be the plan.

Brad Shepard noted on Oh, You Didn’t Know that just because WWE didn’t have any kind of confrontation with The Undertaker and Bray Wyatt doesn’t mean it’s not happening. In fact, there are apparently plans for a collision soon enough.

“Why didn’t they have The Fiend attacking The Undertaker on SmackDown Live? They kept them separate so they could continue to build. Right now the plan is for the confrontation to take place on the inaugural SmackDown on Fox.”

“Again, you know how this works, Vince McMahon can get a wild hair up his ass and decide to change it tomorrow or literally in ten seconds, but that is definitely what was discussed as of today.”

October 4th will be the next time The Undertaker is scheduled to make a return during SmackDown’s Fox debut. Let’s just see if Taker ends up eating a Mandible Claw or Sister Abigail.

It is also important to remember that since Hell In A Cell is going down on October 6th that means the big SmackDown debut on Fox will also be a go-home show.

Bray Wyatt could end up in a Universal Title match on WWE’s October 6th pay-per-view. That would definitely make it even more interesting to see him appear on Fox to take out The Dead Man days before a title opportunity.