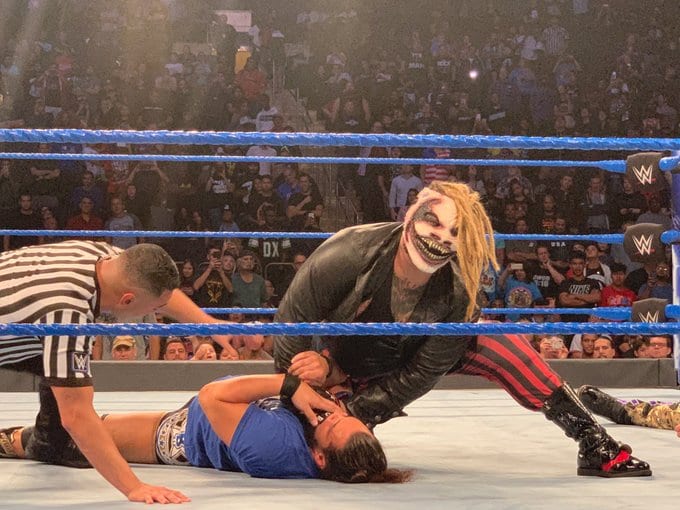 Bray Wyatt had a Firefly Fun House last night on Raw, but he didn’t get to mix it up in the ring. That changed after SmackDown and 205 Live were all over this week.

The Fiend appeared in a dark match segment and took out the B Team. This popped the Madison Square Garden crowd in a big way, but that should be expected. After all, Bray Wyatt is still incredibly over.

Wyatt and the B Team’s Bo Dallas are actually brothers. That didn’t stop The Fiend from making an example out of them.

He got a full entrance that was awesome to see in MSG. After his entrance was all said and done, he made very quick work out of the former Miztourage.