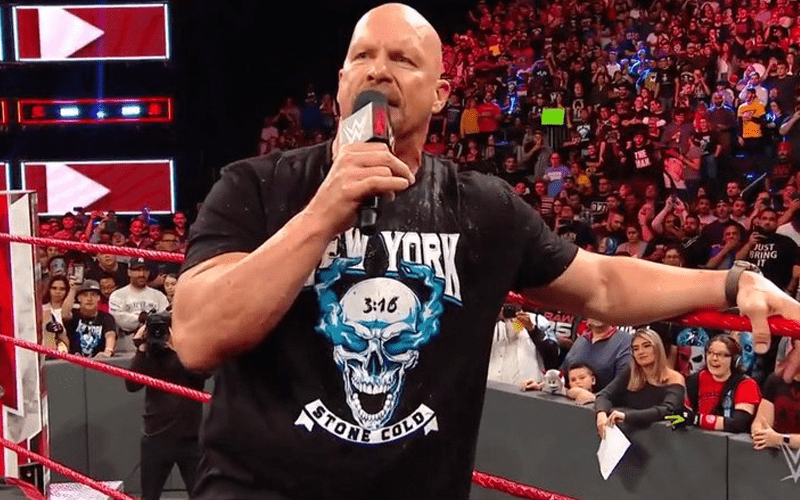 WWE returned to Madison Square Garden for a big RAW event last night. They brought one of the biggest names in pro wrestling history along with them.

Steve Austin’s return to RAW last night also meant the first time he was in Madison Square Garden in nearly twenty years. This was a big moment all around, but as Dave Meltzer commented on Wrestling Observer Radio, Austin didn’t need a script.

“Steve Austin was great. He made the segment, but again, I don’t think Steve Austin was reading from a script either, I’m almost certain he wasn’t. You know, so yeah you can’t say enough for him. You know there’s a reason he was the big star that he was and the business is kinda lacking of someone with the ability to carry a live crowd like that.”

It is impossible to fill Steve Austin’s boots entirely. He isn’t wrestling anymore and he’s not around every week either. This means it is so much more special when The Rattlesnake does show up, but when he does it’s not likely that Stone Cold will need a script.