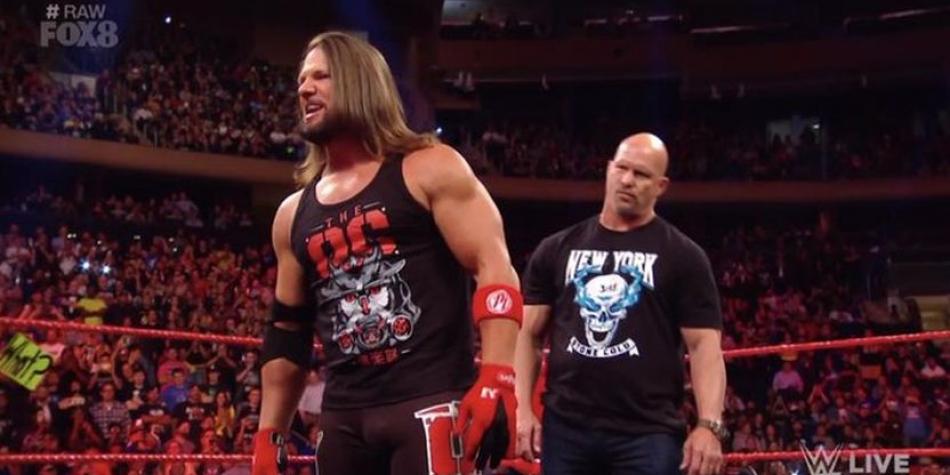 Last night was either one of the best or worst evenings in AJ Styles’ career, and that entirely depends on how much stock you want to put into segments that involve legends like Stone Cold Steve Austin.

Styles was dropped by the Stone Cold Stunner in the final moments of Monday Night RAW, and while it may not have made him look great, there’s an argument to be made that simply being given the honour of being stunned by Austin is a great career boost.

Plus, after RAW went off the air, Austin shared a beer with AJ before once again stunning him to the canvas.

As you can see, one man who was watching pretty closely was The Great One aka The Rock. The Hollywood star was well known for selling the Stone Cold Stunner in an incredible fashion, which you could argue is one of the defining aspects of his WWE legacy.

It was nice to see a fun bit of back and forth between a current star and a legend of years gone by, mainly because the one person that it’ll help the most, in the long run, is Styles himself.

Last night’s show was one of the best that WWE has put on in years when it comes to Monday Night RAW, and you’d have to imagine the fact that it was held inside Madison Square Garden would’ve had something to do with that.

Either way, it was fun, which is what this business is supposed to be.