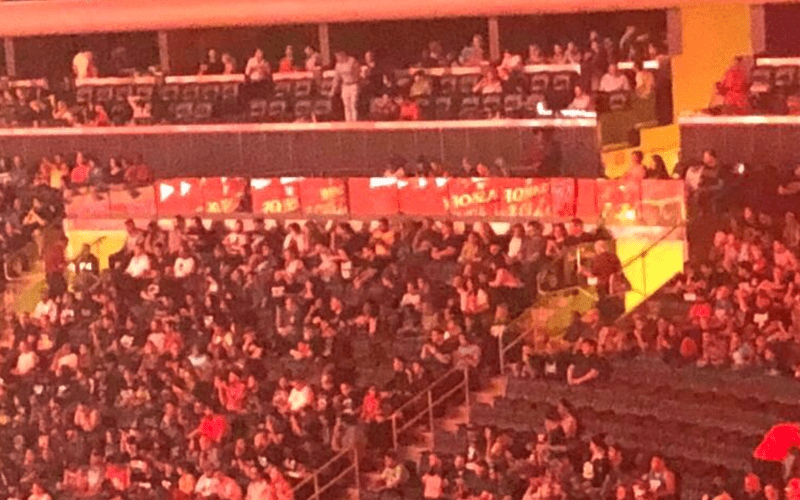 WWE went to NYC’s Madison Square Garden for this week’s television shows. They like it when people buy all of the tickets they have available, but is that what happened this week?

We previously reported that there were 550 tickets available for Raw at MSG earlier today. That wasn’t counting the amount of tickets on the secondary market at all.

Michael Cole might like to say that WWE sold out MSG, but that isn’t the case. The tickets on the secondary market might appear like they’re sold when it comes to the paperwork, but they don’t have real fans in the seat.

Brad Shepard commented on WWE’s claim of a MSG sell-out with photographic evidence.

A big crowd for #WWE #RAW tonight but it’s not a legit sell out. There is a smaller section on the hard cam side with open seats.

Let’s see how well SmackDown tickets sell for tomorrow night, but there were hundreds of seats available this afternoon. It makes us wonder if WWE will try to claim double sell-outs.