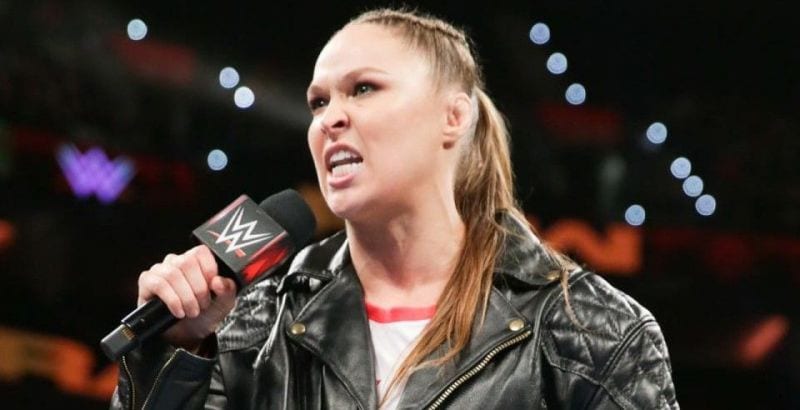 WWE Superstars usually stick to the script, but last week’s episode of Raw saw a couple instances of no exact lines being written at all.

Dave Meltzer discussed AEW’s writing style during Wrestling Observer Radio. The new company doesn’t plan on having any writers dictate what their stars will say.

This could be a refreshing change, but it seems like WWE is trying that once again as well.

“Legitimately they are not hiring writers and we are going to see a live two-hour show with no writers, just wrestlers coming up with storylines and going out there and having to cut promos and you know, knowing their bullet points and if they want to memorize their promos they can, if they don’t want to they don’t have to, but there’s not going to be any word-for-word stuff.”

“By the way, on Raw this week several of the promos were not scripted word-for-word which is interesting. So, I mean it’s funny they may be copying or whatever. Let’s face it the scripted promos, we’ve all complained about them forever for whatever reason — they’re badly delivered and lifeless and all that so we’re going to a new concept and we’ll see if pro wrestling needs script writers to be effective television and you know among other things I mean the jury isn’t out for a million things when it comes to AEW, but there are going to be a lot of answers or preliminary answers [soon.]”

Mick Foley made a great point during his Starrcast III show that Dusty Rhodes’ legendary “Hard Times” promo probably wouldn’t have been so memorable if it was scripted word-for-word. He has a great point.

We’ll have to see how things progress from this point on, but getting rid of scripted promos might not be the worst thing for pro wrestling as a whole.